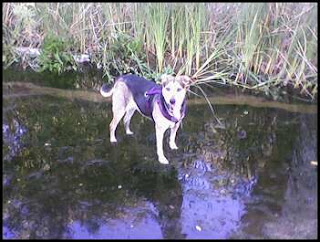 Saturday I was thinking I would do something strong, but I wanted to get an actual run in instead of hiking up some ridiculous slope, so I hit the canyon with Gator and did 2 hours with her at a real steady pace. Felt pretty good and Gator, as you can see, was a trooper, especially when we got to the creek and she could cool her little paws off.
Today, I wanted to get some elevation and some climbing, so I headed to Cuyamaca Peak. The fire road is paved, but its 1700 feet of climbing over 2.7 miles, so pretty close to the 1,800 foot 2.8 mile climb up Fred's Mountain. I wanted to get the feel for it, so I went up to start the run, then did some of the course of the San Diego 100, then back to Cuyamaca Peak to get it in again. Temps ranged between 80 and 92 degrees during the 4 hour run. All in all about 3800 feet of climbing over 4:10 total time with a ten minute AC break in the car. Ended up going through 136 ounces of drink and still had bright orange pee. Also went old school, having a sausage mcmuffin for breakfast and then a bottom half of a second (sausage, cheese and half muffin) for a meal before the second climb. Felt pretty strong overall considering conditions such as heat and fatigue from several days of running and such.
Celebrated a good weekend of running with a treat of pizza port, with 2 beers, and a shake for desert. More than I should be eating, especially considering the breakfast, but seemed appropriate today. I'm not all that worried about it. Probably a break even day . . .
Oh, and good wildlife. Saw a flock of wild turkeys, a whip snake, lots of acorn woodpeckers, and a road runner. Pretty sweet. 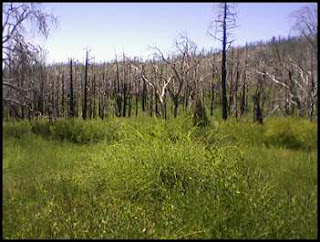 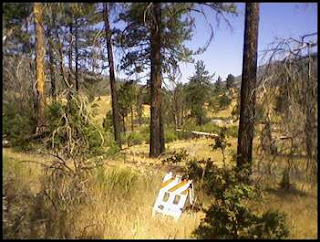 View from San Diego 100 Course. Both burned in 2007, but the lower slopes of Cuyamaca burned fiercest, leaving a forest of charred skeleton trees. 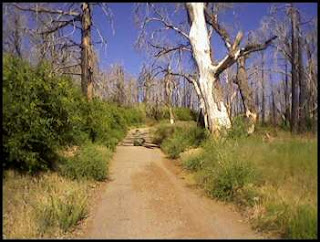 This is the view going up the lower slopes of Cuyamaca Peak. This lasts about 3/4 of the climb. 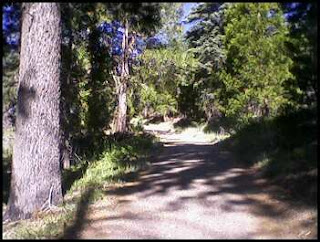 This is the last quarter or so, maybe less. Nice and shady, even at noon on a 90 degree day. Great views from the saddle of all of East County and even, on a clear day, to Mexico and the Salton Sea. 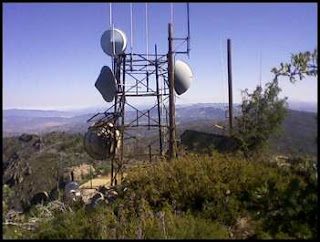 Cuyamaca Peak the first time up. 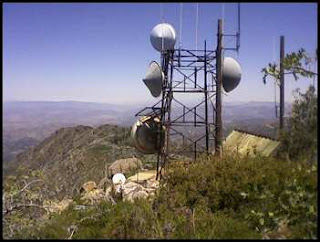 Cuyamaca Peak the Second time up.
Posted by BJ Haeck at 10:01 PM