Back on the trails

So, I'm glad to be back on the trails. This week I went to a good friend's wedding in Minnesota, just north of Duluth. I had a great time, including a fun 18 mile kayak down the Bois Brule river. On Saturday, it was my first time back on the trails. The north shore of Lake Superior is traced by the Superior Hiking Trail, a 230 mile mostly single track that goes from Duluth to Canada. The Sawtooth Superior 100 is run on it every year.
Looking at the profile, one would think it wouldn't be that hard. But the trail is a relentless up and down, gaining and losing 200 feet at a time. As for the trail itself, it was like a 2.5 hour tire drill when one considered all the roots, rocks, holes, mud, and other obstacles. I took on a 13 or 14 mile section from north of Split Rock to Gooseberry Falls, and it was a tough grind for legs a week out from a 50 miler.
The run was entirely single track, but often you couldn't see the roots and rocks because they were overgrown with grass. I had a great time pushing up the hills as it all was entirely runnable, but it really took its toll as I tried to keep the pace as high as I could. There were several people out on the trail, and at least half of them asked me, "So, who's chasing you?" It was like some kind of cult.
Anyways, it was a little slower than I would have liked, but not too bad, and yesterday did the canyon run and felt pretty good. We'll see what I can get done today at Mission Trails. I'm building to a 4 hour run this Sunday, and then it will be tapering back to get ready for the 100 miler in 2 and a half weeks. We'll see how it goes. Its all about focusing again after my success . . . . 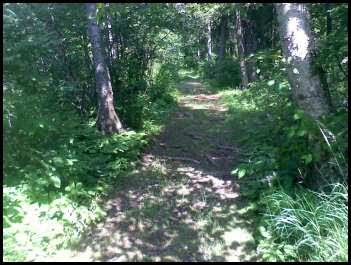 This was the widest section of trail I saw all day. Can you see the roots? I couldn't. 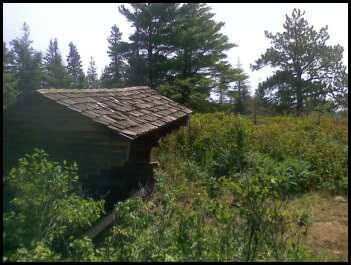 This is an old shelter where you can sit out a storm or sleep. These were scattered every few miles. The trail was excellently marked and gave great mileage posts. 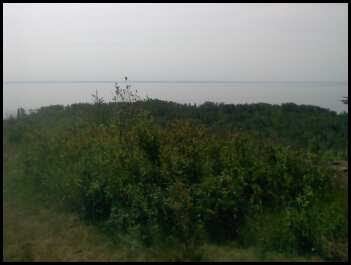 This is the view of Lake Superior from one of the high vantage points. You could see some of the old lighthouses from on top. 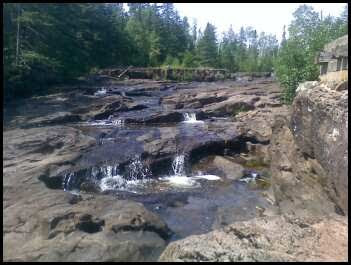 Here's one of the waterfalls. I imagine they are much more impressive during the early Spring. As it was, it was very pretty.