Its been a while since I posted, but I've been keeping busy. I managed to set 2 new course records, including a 1:16 on my Friday night run and a 2:59 on my Fortuna/Kway Paay course. The only questions I have for the upcoming race are can I hold my climbing pace over a 2 mile versus 1 mile climb, is the altitude going to affect me, and will I have anything left in the legs for the fun downhill to the finish. I will be interested to see just what I have left, if anything. My goal for the race is just to make it to the cutoff in 12 hours and then see what happens. If I get it faster than that, great.
So, one of my interesting adventures was last week when I did the illegal train hike. Its a 13 mile hike from Jacumba to the desert that goes along abandoned train tracks. You go over 22 trestles and through 14 tunnels, or something like that. Most of the time you can walk along the tracks, but sometimes you have to walk on them like in Stand By Me across the bridges. The highlight is the Goat Canyon Trestle which is the longest curved wooden trestle in the world. Yes, that's a lot of modifiers, but its a very cool bridge, with catwalks and so that you can explore. There are also abandoned tunnels where the tracks used to run that now house bats and other critters.
I also made another trip up to San Jacinto. After only a week, the snow had receded significantly, and I was able to make it another 15 minutes or so up the trail. Still climbing relatively well, at least for me. We'll see what that means for the race. I'm mildly confident, but nervous. My times have been pretty good, but 50 miles is a long, long way. 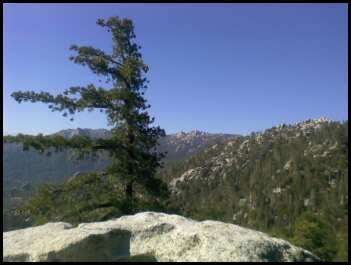 Here's the view from the high point I reached on San Jacinto. All below was a thick snowfield. Pretty nice. I'm going back up to Idyllwild this weekend for some acclimatization. Won't be a lot of running, but will be hanging out at 6500 feet. That should help for the race, I hope. 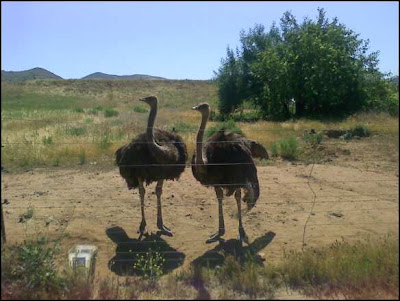 Here's something you don't see everyday. Found these guys heading down from Monserate. Fed them pretzels, which they seemed to like. 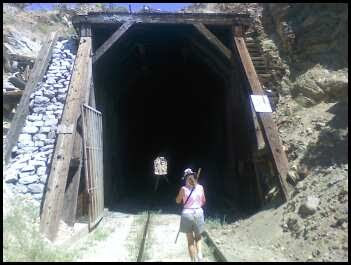 The first tunnel on the hike. That's Mrs. Hamlet in front about to enter. 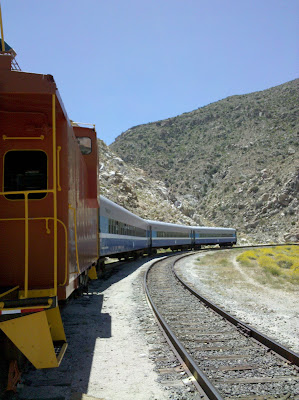 This was the NAFTA train. There were 3 abandoned trains on side tracks. This one had a bunch of passenger cars from a Montreal commuter train and a Mexican caboose. Go figure. 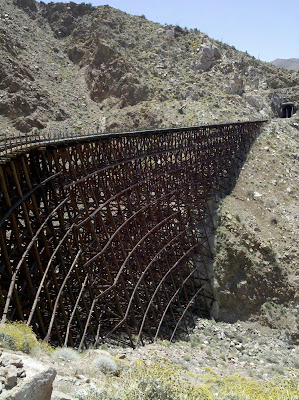 This is the Goat Canyon trestle itself. Very cool and rickety. 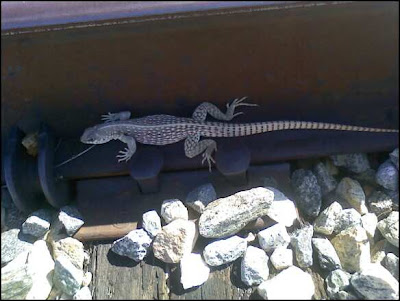 This is a desert iguana. He was the nicest one I've ever seen and was pretty docile to boot. 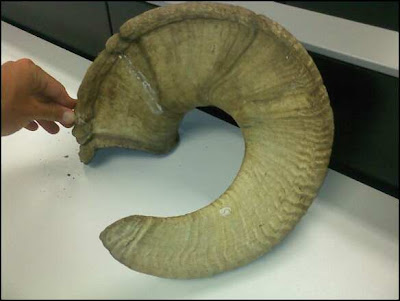 After getting to the car, I found this big horn sheep horn. Too cool! Next to it was a big horn ewe skeleton that had gotten tangled in some wire. It looked like maybe she strangled herself? I hope it was quick. It was kind of sad.
Less than two weeks to the race!
Posted by BJ Haeck at 10:01 AM